Beautiful Ghanaian songstress, Adina has said that she won’t benefit anything from beefing her colleagues in the music industry.

According to Adina, engaging in squabbles with her colleagues won’t take her far in the music industry.

A few days ago,  Sista Afia released a song that ignited a lot of controversies because some people assumed that her song was a shade against Sister Derby, Wendy Shay, and Efia Odo. 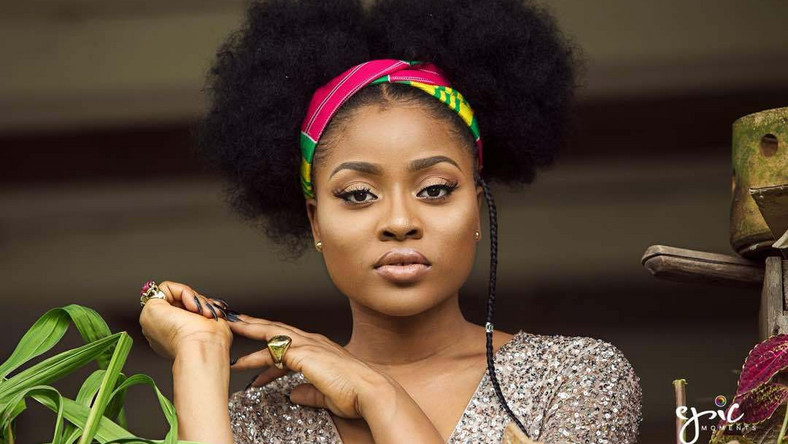 Reacting to this, Adina who was speaking in an interview via Skype on TV3 New Day with MzGee, said all is well in the music industry as far as she is concerned.

I don’t think there is negativity [among] the females in the industry and I think it’s been cool for a very long time we haven’t had any issues…”. Adina reiterated.

Adina who insisted she has no idea of any ongoing beef among some female artists added that everyone is responsible for their actions.

“I think everybody should be responsible for their actions…I’m not worried first and foremost and I don’t think one person’s action should be used to talk about everyone else……I  don’t know what is going on, I don’t know the details so I can’t even comment on that particular issue,” Adina reiterated.

She, however, was of the view that people should be allowed to make their strategic moves even through “I’m not saying people should go and beef…”

When MzGee quizzed her on whether she will ever beef anyone in the industry to get attention, Adina responded in the negative.

NEWS : I haven’t heard from the father of my children in 4 years – Tima Kumkum

NEWS : I married my ex-husband to spite an ex-boyfriend – Tima Kumkum

NEWS : I haven’t heard from the father of my children...

NEWS : I married my ex-husband to spite an ex-boyfriend –...

NEWS : I haven’t heard from the father of my children in 4 years...

NEWS : I married my ex-husband to spite an ex-boyfriend – Tima Kumkum

Video: Wendy Shay Is A Local Champion And Not An International...

Womanizing Is Very Expensive,Do Not Invest In It – An Advise...